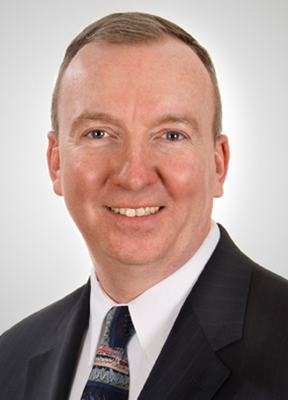 Paul McKenney is the President of McKenney Financial Group Inc. He works with each client to develop a custom financial plan based on the client’s financial objectives, time horizon, income needs and risk tolerance. He implements and monitors the investment plans and wealth management portfolios as well as the overall financial plans.

Paul entered the financial services field in 1992 after serving nine years as an active duty U.S. Army officer and pilot. He graduated as a Distinguished Military Graduate with a BA degree in Philosophy/History from Eisenhower College and earned an MA degree in Public Administration from Minnesota State University. He is an Excellent Graduate of the U.S. Air War College, and a Distinguished Graduate of the U.S. Army War College where he also earned a Master of Strategic Studies degree.  Paul earned a Doctor of Education degree (Ed.D.) in Educational Leadership from the University of New England.

Paul holds the Certified Financial Planner (CFP®) and the Accredited Investment Fiduciary (AIF®) designations in addition to the FINRA Series 7, 24, 63 and 65 licenses.

Paul is a community leader, having served as Chairman of the Town Council for Cape Elizabeth, Maine; President of the Greater Portland Council of Governments; President of the National Eagle Scout Association for Pine Tree Council, BSA. He has served in many community organizations including Rotary International. Paul retired as a Colonel from the U.S. Army Reserve. He serves as a Lecturer in Law at the University of Pennsylvania Carey Law School, specializing in strategic national security issues.

In his off time, Paul likes to work on his golf game, and enjoys riding the bicycle trails of New England and Virginia with his family.

Betsy is the Vice President of McKenney Financial Group Inc., since co-founding it in 2008. She works with each client to establish and organize investment accounts, retirement plans and policies for life, disability income and long-term care insurance coverage.

Betsy entered the financial services field in 1996 after working as a registered nurse, an educator and a professional in human services. She has been an active volunteer in various community projects, Rotary International, scouting, and her children’s schools. In her off time, she likes to ride the bicycle trails of New England and Virginia with her family and she enjoys ballroom dancing. Married to Paul McKenney for over 40 years, they are the proud parents of three grown children and eight grandchildren.

Check the background of investment professionals on FINRA’s BrokerCheck.

This communication is strictly intended for individuals residing in the states of AZ, CO, FL, HI, ME, MA, MD, MS, NH, NC, NV, NM, NY, PA, and VA. No offers may be made or accepted from any resident outside the specific states referenced.